You can download swagger locally, but I find it just as easy to use the remote site.

Once there, you can create your markup.  There are some useful tutorials in the references section.

Once you've defined your markup, then use the Generate Server option:
This generates a Python Flask application from the YAML markup.

There were a few manual fixes I had to make consistently each time I regenerated the flask app. 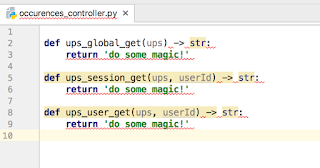 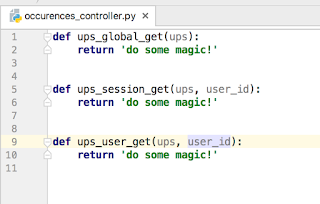 By going to this URL

I saw this screen

I could then expand operations, find the single operation I had documented: 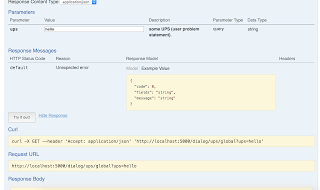 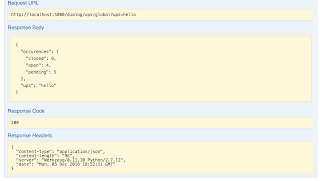 and execute a simple test.